This interview is the third in the Lifetime Achievement in Counseling Series at TPC that presents an annual interview with a seminal figure who has attained outstanding achievement in counseling over a career. Many people are deserving of this recognition, but I am happy that Josh Smith and Dr. Neal Gray have interviewed a visionary in the counseling profession. I first became aware of Dr. Capuzzi over 30 years ago when I was reading his vast research and scholarship as I prepared to teach my first classes as a counselor educator. Over the years, I have been amazed at Dr. Capuzzi’s contribution to the profession and his impact on countless educators, clinicians, and supervisors. I appreciate Josh Smith and Neal Gray for accepting my editorial assignment to interview Dr. Capuzzi. What follows are thought-provoking reflections from a counseling icon and leader. 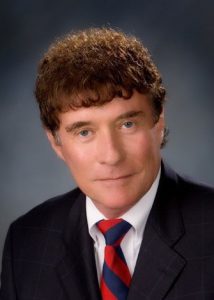 David Capuzzi, PhD, NCC, LPC, is past President of the American Counseling Association (ACA), and past Chair of both the ACA Foundation and the ACA Insurance Trust. Currently, Dr. Capuzzi is a member of the senior core faculty in community mental health counseling at Walden University and professor emeritus at Portland State University. Previously, he served as an affiliate professor in the Department of Counselor Education, Counseling Psychology, and Rehabilitation Services at Pennsylvania State University, and as Scholar in Residence in counselor education at Johns Hopkins University.

From 1980 to 1984, Dr. Capuzzi was editor of The School Counselor. He has authored several textbook chapters and monographs on the topic of preventing adolescent suicide and is coeditor and author with Dr. Larry Golden of Helping Families Help Children: Family Interventions with School-Related Problems (1986) and Preventing Adolescent Suicide (1988). He coauthored and edited with Douglas R. Gross numerous editions of Introduction to Group Work (2010); Counseling and Psychotherapy: Theories and Interventions (2011); Introduction to the Counseling Profession (2013); and Youth at Risk: A Prevention Resource for Counselors, Teachers, and Parents (2019).

In addition to several editions of Foundations of Addictions Counseling with Dr. Mark Stauffer, he and Dr. Stauffer have published Foundations of Couples, Marriage and Family Counseling (2015); Human Growth and Development Across the Life Span: Applications for Counselors (2016); and Counseling and Psychotherapy: Theories and Interventions (2016). Other texts include Approaches to Group Work: A Handbook for Practitioners (2003), Suicide Across the Life Span (2006), and Sexuality Counseling (2002), the last coauthored and edited with Larry Burlew. Additionally, Dr. Capuzzi has authored or coauthored articles in a number of ACA division journals.

A frequent speaker at professional conferences and institutes, Dr. Capuzzi has consulted with a variety of school districts and community agencies interested in initiating prevention and intervention strategies for adolescents at risk for suicide. He has facilitated the development of suicide prevention, crisis management, and postvention programs in communities throughout the United States; provided training on the topics of at-risk youth, grief, and loss; and served as an invited adjunct faculty member at other universities as time permits.

An ACA Fellow, Dr. Capuzzi is the first recipient of ACA’s Kitty Cole Human Rights Award and also is a recipient of the Leona Tyler Award in Oregon. In 2010, he received ACA’s Gilbert and Kathleen Wrenn Award for a Humanitarian and Caring Person. In 2011, he was named to the Distinguished Alumni of the College of Education at Florida State University and, in 2016, he received the Locke/Paisley Mentorship Award from the Association for Counselor Education and Supervision. In 2018 he received the Mary Smith Arnold Anti-Oppression Award from the Counselors for Social Justice, a division of ACA, as well as the U.S. President’s Lifetime Achievement Award.

I joined ACA in 1965, when it was known as the American Personnel and Guidance Association, and there was no such thing as counselor licensure. Although there were many excellent master’s and doctoral programs, there also were many that did not require much coursework to practice as a counselor. There were some university programs that only required 15 or so semester credits as part of a master’s degree in education to be able to seek employment as a counselor. Master’s degrees in counseling were one-year programs requiring 36 to 39 semester credits. There was little standardization of coursework requirements until licensure requirements were gradually adopted state by state. Today, all 50 states have counselor licensure, which has been instrumental in the progression of the counseling profession, and I see this as a major accomplishment.

The development of the Council for Accreditation of Counseling and Related Educational Programs (CACREP) has provided the profession with assurances that graduates of CACREP-accredited programs meet standards that elevate best practices when working with clients. CACREP accreditation has assisted universities by providing them with support for curriculum revision and improvement and impacted the requirements of the state professional counselor licensing boards.

There was little interest or emphasis on the importance of the inclusion of diverse populations, personalities, lifestyles, and cultures through most of the 1980s, even though the United States has always been a melting pot for immigrants from around the world. The affirmation of differences and the richness that diverse points of view add to our country’s tapestry has been slow to develop, and ACA has made major contributions in this area.

The acceptance of diverse populations, personalities, lifestyles, and cultures was the most difficult to achieve. Quite often, over the years, members of diverse populations have not been at the forefront of the profession, not because of lack of astuteness or competence, but because they have not been able to assume elected leadership positions. I am thankful that this is changing and affirm that this development is an asset-based characteristic of the counseling profession. I am so thankful that individuals such as Thelma T. Daley, Beverly O’Bryant, Courtland Lee, Marie Wakefield, Patricia Arredondo, Thelma Duffey, Cirecie West-Olatunji, and Marcheta Evans (and others I am probably forgetting to mention) have been willing to run for and serve in the ACA presidency position because their contributions have been stellar and essential to the maturation of the profession of counseling.

I am relatively certain that I was the first ACA President to establish a diversity theme for the year that I was ACA President. My theme for 1986–1987 was Human Rights and Responsibilities: Developing Human Potential, even though colleagues and friends advised me against naming it in this manner as part of my platform for fear I would lose the election. I decided I should identify a diversity agenda as part of my pre-election platform statement because I wanted members to understand what I stood for in advance of the voting process. During my ACA presidency, I contacted all the editors of our counseling journals and requested that they consider developing special editions focused on some aspect of diversity. I think there were 16 special issues of division journals during my year as immediate past president that were diversity focused. Additionally, the opening session of the annual conference focused on diversity and human rights vignettes (presented by actors) to set the tone for the conference.

Few people know that my early years living in a mining town in Western Pennsylvania provided the backdrop for my interest in diversity and its importance. Many immigrants from other countries settled in Western Pennsylvania, and I spent the first 10 years of my life hearing three or four languages being spoken daily (newcomers could get jobs in the mines and mills, prior to learning much English, and therefore support their families). When my family left the region and moved south, I was surprised to learn that the America I experienced early in life was not typical of the rest of our country. I also was shocked when some of my classmates told me their parents wanted them to check to make sure I was not Jewish (if I was, they could not be my friends), and I was questioned about why I looked so different. When I asked what that meant I was told that most people they knew were tall, blond, and tanned. This early set of life experiences made an indelible impression, precipitated my ACA theme for 1986–87, and has stayed with me to this day.

First, there is a lack of grassroots input to the ACA President and membership of the ACA Governing Council. During recent years, the membership in the state branches and divisions of ACA has declined and there has not been the amount of input and suggestions for agenda items at meetings of the Governing Council as in the past. For a variety of reasons and from time to time, ACA staff and leaders have not always been able to garner needed input and suggestions. Every effort needs to be made to reach out to grassroots members and identify and affirm their concerns based on the philosophy that the role of an elected leader or ACA staff member is to serve the wishes of those who are depending on their leadership.

Second, there is a lack of membership growth in ACA. In 1986, there were 55,000 members of ACA and our battle cry was “60,000—yes we can.” Currently, the association still has about the same number of members. I think grassroots members need to be re-engaged and encouraged to participate in local projects as well as ACA leadership and governance so that interest and involvement, and subsequently membership, can be reinvigorated.

I believe a revised governance structure of ACA, including membership on the Governing Council, will emerge. Perhaps the structure comprised of state branches, regions, and divisions will no longer exist as we now know it, and another way of organizing to insure input and renewed interest in grassroots participation will replace it to increase ACA membership numbers. The continued development of licensure portability and reciprocity across states could enhance the unification of the profession and encourage more interdisciplinary collaboration.

Accreditation and CACREP standards will continue, but hopefully with more tolerance and affirmation options for adult learners seeking specialization options. Currently, there is not much leeway in decision making regarding coursework. Also related, the increased acceptance of online counselor education programs will occur, as well as more clearly articulated requirements and expectations for online counseling.

Lastly, there is increased interest in the importance of advocacy and social justice on the part of ACA and its members. Universal acceptance and affirmation of the importance of diverse populations, personalities, lifestyles, and cultures as they contribute, not only to the profession, but also to the fabric and strength of democracy in the United States, will continue to be at the forefront of what we do.

First, never forget that your role is to listen to those who elected or appointed you, because your role is to serve members of the counseling profession and advocate for their best interests. Second, even though those elected to represent divisions on the Governing Council have the responsibility to articulate and explain the wishes of their division, in the end, the outcome of decisions made by the Governing Council must reflect what is best for ACA and the counseling profession. Third, although it is always appropriate for those serving in elected positions within ACA to put forward their ideas for changes, initiatives, or innovations, it is never reasonable to expect such agendas to be adopted unless they truly reflect the interests and wishes of those being served through the leadership position.

This concludes the third interview for the annual Lifetime Achievement in Counseling Series. TPC is grateful to Joshua Smith, NCC, and Dr. Neal Gray for providing this interview. Joshua Smith is a doctoral student in counselor education and supervision at the University of North Carolina at Charlotte. Neal D. Gray is a professor and Chair of the School of Counseling at Lenoir-Rhyne University. Correspondence can be emailed to Joshua Smith at jsmit643@uncc.edu.