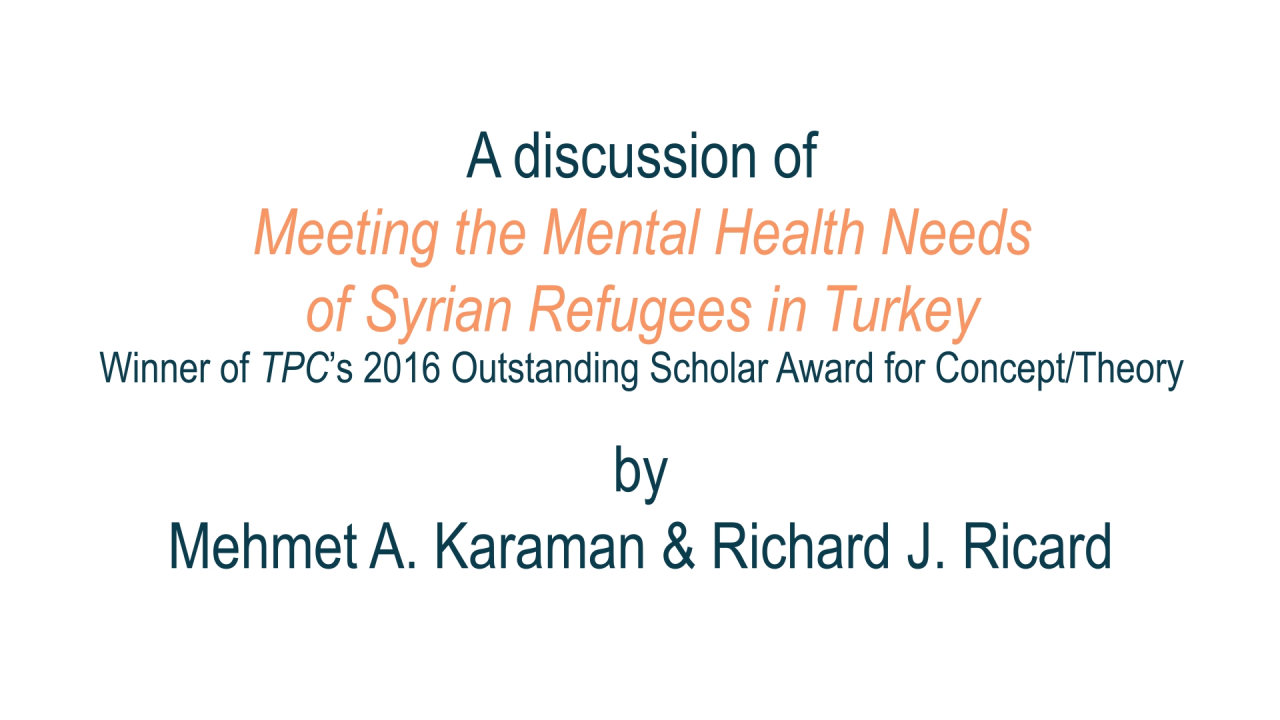 Movements such as the Arab Spring (as described by popular media) and recent regional conflicts have forced people to leave their homes and flee to other countries or regions. Syrian refugees are currently the second largest refugee group worldwide, with half of them resettled in Turkey. Turkish government and non-governmental civil organizations have mobilized efforts to address the immediate survival needs of these refugees such as food, shelter and other provisions. Despite efforts to manage the complexity of mental health and social service needs of forcibly displaced people, counseling services are still lacking. This expository article addresses the mental health needs of Syrian refugees and provides implications for counseling professionals working with displaced people from a crisis intervention approach built on principles and perspectives of humanistic mental health. In addition, programs of support, such as the Mental Health Facilitator program, are discussed.